New Horizons for the World Economy

The first edition of the France-Singapore Economic Forum ,” Europe and the Asian Century: Keys for the World Economy were  organized by le Cercle des économistes, in collaboration with ESSEC Business School, the Economic Society of Singapore and Paris EUROPLACE and with the support of both the French and Singaporean authorities was held on 25-25 November 2016. The Guest of Honour Mr Tharman Shanmugaratnam, Singapore Deputy Prime Minister & Coordinating Minister for Economic and Social Policies.

The second edition of the France Singapore Economic Forum “New Horizons for the World Economy” was held on March 14-15 2019 at the Faculty of Law, NUS. Organised by the Economic Society of Singapore, Le Cercle des économistes and the Lee Kuan Yew School of Public Policy, National University of Singapore, bringing together esteemed speakers from different backgrounds and countries, this event is set to mark a key milestone in the discussion between Europe and Asia. This necessary debate is too often captured by populists alone and there is an urgent need for a more rational and international discussion. 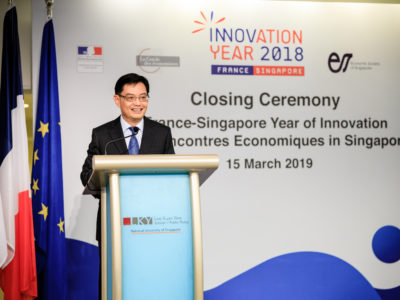 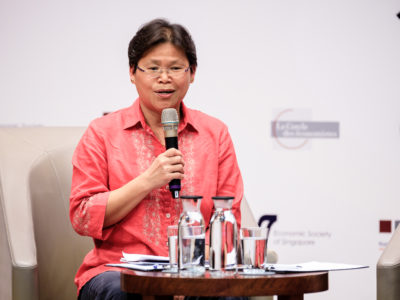